When the Hebrew month of Adar comes round many start thinking about Purim, fun, costumes and food. But what if we told you that a lot of other things happened in Adar? And one of them, carefully analyzed, can help us run projects and programs better by making sure that all voices are not only heard but also honored and considered. Let’s take a trip back in time to late Adar, sometime in the first century BCE in the Land of Israel. That particular year the rain had still not fallen, and a drought was on its way.

The Talmud (in Ta’anit 19a and 23a) shares the following legend:

“The people said to a famous and devout rabbi called Ḥoni: Pray that rain will fall. Honi was so sure of success that he told people to bring in the clay ovens used to roast the Paschal lambs, so that they will not disappear in the water.

However, Honi prayed and no rain fell at all. What did he do? He drew a circle on the ground and stood inside it and said before God: Master of the Universe, Your children look to me, as I am like a member of Your family. Therefore, I take a vow by Your great name that I will not move from here until You have compassion on Your children and answer their prayers for rain.

Rain began to trickle down, but only in small drops. He said: I did not ask for this, but for rain to fill the water tanks, drains, and caves with enough water to last the entire year. Rain began to fall ferociously. He said: I did not ask for this harmful rain either, but for rain of kindness, blessing, and generosity. Then the rains fell in their usual way but continued without stopping, filling the city with water until the Jews left the inhabited areas of Jerusalem and went to the Temple Mount.

The people said to Honi: Just as you prayed that rain will fall, so too, pray that it stops…Shimon ben Shetaḥ, the head of the rabbinic council at the time, said to Ḥoni: Were you not Ḥoni, I would have ordered that you be banished, but what can I do to you? You harass God and God does your will, like a son who nags his father and his father does what he asks for. After all, rain fell as you asked.”

This short episode provides us with clear pictures of the two characters. Honi is a creative, positive, confident soul who knows what he wants. He is assertive, maybe a bit manipulative, expecting God to do his will. Extrapolating, he is charismatic with an outgoing personality that attracts people and allows him to sway even God.

Shimon ben Shetach, on the other hand, as head of Sanhedrin represents the establishment. He is shocked by Honi, presumably for the impudent way Honi speaks to God. Shimon ben Shetach is somebody who plays by the rules and is surprised that Honi has such influence over others and over heaven.

The story tempts us to become a Honi supporter and think of the Shimon ben Shetachs of the world as lacking vision or courage. But the Honis do not always win. For a project to succeed, we need the voices of Honi, Shimon ben Shetach and many others. Honis teach us to have a robust vision and grandiose expectations for the future and to be willing to do what it takes to get there. Shimon ben Shetachs remind us of the dangers of unrestricted optimism and tell us that there is wisdom in conservatism. Shimon ben Shetach’s skepticism has its role too.

Edward de Bono developed the marvelous six hats technique for making sure that all the above voices and more are heard and valued. The hats are: 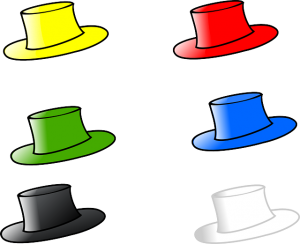 See here for more information and guidelines as to how to use this approach in meetings.

Here are two more helpful articles on making sure that all voices are heard: