Tisha Ba’Av and the Power of Now

Rosh Chodesh Av falls this year on Wednesday the 22nd of July, and with it we begin the period of intense mourning and sadness known as the “Nine Days”, leading up to the saddest day in the Jewish calendar – Tisha Ba’Av (the 9th of Av), when we remember the destruction of both temples in Jerusalem, in the years 587 BCE and 70 CE respectively.

While the nature of the day is to look to historical events of the past, there is also a hint of hope in the future contained in the day. Tradition has it that in the future messianic period, the 9th of Av (as well as other fast days) will become holidays of joy. This is implied in the biblical verse in Zecharia (8:19) as well as various rabbinic sources, including a midrash that predicts that the messiah will be born on the 9th of Av.

While this clear focus on both the past and the future stands out, there is also an inherent focus on the now found in the practice and commemoration of the 9th of Av. This is illustrated in the legend that has Napoleon walking in Paris one Tisha B’Av. As his entourage passed a small synagogue they heard wailing and crying from within. Puzzled by the commotion, Napoleon sent an aide to see what had happened. The aide returned and told Napoleon that the Temple of the Jews had been destroyed and they were mourning its loss.

Napoleon was indignant: “How can it be I have no knowledge of this event?! Where in the Empire did this occur? Who were the perpetrators?” The aide responded, “Sir, the Temple was lost in Jerusalem on this day 1,700 years ago.” Napoleon stood in silence and shock. “A people which has mourned the loss of their Temple for this long will certainly survive to see it rebuilt!” he said. For Jews the pain of the loss of the temple, the temple service, and sovereignty in the Land of Israel, can be felt as if it had just occurred. 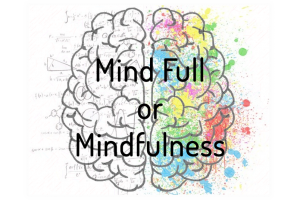 Living in the moment and appreciating the “Power of Now” (a phrase and approach made famous by Eckhart Tolle and the title of his bestselling book), is an approach to living and to life, that has mental health benefits we are only beginning to discover. Using mindfulness techniques to focus on the present can be a successful approach to living and working with stress and uncertainty.

Tisha Ba’Av is a model for this approach to life. Each year on this day Jews sit on the floor of their dimly lit synagogues in their pain and they cry. But they cry together. Mourning is often a solitary and lonely experience. But this is a national mourning that must be experienced as a community, in the synagogue, not at home. While it is important to sit in the pain and uncertainty of the moment, it is also important to reflect on our blessings also, and coming together as a community helps achieve that.

This summer, many of us will find ourselves fondly reminiscing about a world “before” and dreaming of a better world “after” this pandemic. This is natural and not unhealthy. But it is also important to sit with the pain and uncertainty of the moment, and also to notice and appreciate the blessings also.

Have a safe and healthy summer!

Here are some articles and resources to help use mindfulness and meditation to stay in the moment and harness the power of now.