The Genius of the Routine

Congratulations, you made it! You made it to Cheshvan. You survived some or all of the following: selichot; shofar blowing; apples and honey (honey getting in ALL sorts of places!); too much food; no food at all; hours in synagogue; rabbi’s sermons; meals in a sukka; meals inside while watching the sukka get wet; more hours in the synagogue; quality time with friends and family and meaningful time with your community. But what now? A regular week of “routine” is but a distant memory… but here comes a month with four of them!

As with all the Jewish months, the name Cheshvan is Babylonian in origin. It literally means “the eighth month”, and has the secondary meaning “the month of laying foundations”. But unlike all other months in the Hebrew calendar, this month is also known with its pre-fix – Mar, as in Marcheshvan. Mar means bitter, because this is the only month in the Jewish calendar without any festivals at all (nice idea… but maybe like me you are ready for a slightly slower pace!)

What Cheshvan does have going for it is routine. While that word may sound to you like the antithesis of inspiration and creativity, it does not need to be. 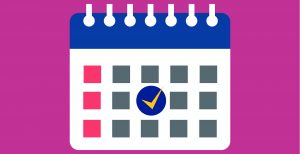 In fact, it can be argued that routine can be the soil in which the seeds of creativity can grow. Mason Currey explores this thesis in his book Daily Rituals: How Great Minds Make Time, Find Inspiration, and Get to Work, where he presents the daily routine and rituals of more than 150 great philosophers, artists, composers and writers, including Beethoven, Mozart, Picasso, Van Gogh, Kant, Freud, Marx, and Darwin. These were all creative geniuses, innovating and pioneering, trail-blazing new paths for humanity. But their daily lives were the opposite: ritualised and routine.

This idea is far from foreign to Judaism. Judaism takes complex ideas and values and turns them into patterns of behaviour through ritual and routine. These in turn reconfigure the brain, giving discipline to our lives and changing the way we feel, think and act. Many of the most beloved of Judaism’s rituals revolve around transformative events in history. By turning these events into ritual, Judaism inscribes its most cherished values on our hearts and minds – what the sociologist Max Weber called the “routinization of charisma”.

As we finally enter a stretch of calm and routine this year, let’s consolidate our routine, recharge our batteries, and see the mundane and everyday as a fertile foundation for our most creative work.

Here are some articles, videos and tools to offer you practical steps in becoming a genius of routine!