Welcome to the month of Iyar! After all the excitement of Pesach, Iyar is traditionally a month of transitions; it is a month of counting. During Iyar we literally count our way through the period known as the Omer, marking the 49 days from the Exodus from Egypt to the Giving of the Torah. Every evening we say a blessing and declare which day we have reached. For more information on Counting the Omer and its meanings, see the resources below.

Seven weeks after Pesach, and once Iyar is over, on the 6th of next month, Sivan, we will celebrate Shavuot, which means “weeks”. Now is the time to prepare! 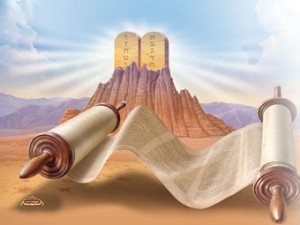 Shavuot commemorates that momentous event in Jewish memory, the giving of the Torah. This is the moment when the whole Jewish People (even the souls of those not yet born, according to our tradition) experienced the Divine revelation and received the Torah. Since this collective experience we have been a People connected to the Torah, the source of all Jewish values, wisdom and behaviors that the Jewish People has been studying, debating and living for thousands of years.

The Value of Machloket -Disagreement for the Sake of Heaven

A central idea that emerges from engaging with Torah is that there are many voices and interpretations for almost everything in our tradition. Jewish literature, whether ancient or modern, is full of debate, disagreement, and multiple opinions. 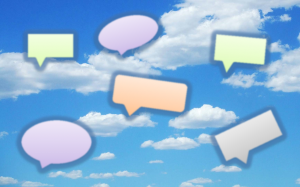 Our famous Torah sages were always in debate with each other, and even today when we look at a page of Talmud, for example, we see how their different opinions are placed next to each other as if they are continuing to argue with each other across time and space! Torah and its interpretations are the living expression of the idea, “3 Jews, 4 opinions”! Have you ever experienced disagreement and multiple opinions in your community and workplace? If you have, rest assured that this is an ancient Jewish tradition that is deeply embedded in our culture.
(Picture Credit: combiboilersleeds)

Today, however, we live in a world full of disagreement and often those disagreements have very negative results. We are not always good at building positive environments in which our students and community members can express themselves and in which positive debate is welcomed. There is much to learn from how our tradition has recognized and honored differences of opinion and how we can live up to the idea that positive disagreement for the sake of Heaven (machloket), can bring holiness into the world. As a preparation for Shavuot, then, we encourage you to consider the value of machloket and how you express it in your work, with your colleagues and constituents. Take a look at some of the resources below, and bring this conversation to your staff meetings, classrooms and activities.

Of course, in the decades since the end of the Shoah and the establishment of the State of Israel we have added to Iyar the commemorative days of Yom HaZikaron (Memorial Day for fallen Israeli soldiers) and Yom HaAtzma’ut (Israel’s Independence Day). This makes Iyar a much busier month, one that also evokes the collective experience of the Jewish People as we emerged from the destruction of the Shoah to the independence of the State of Israel. For more resources about this, see below.
(Photo Credit: Pinterest) 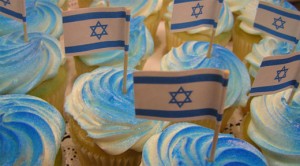 We wish you a Happy Yom HaAtzma’ut, and a meaningful countdown towards Shavuot.

Counting the Omer and Shavuot

Machloket and Multiple Approaches to Torah