Shalom and welcome to this month’s Yesod Newsletter, Iyar 5779 edition!

In this month’s Newsletter we will consider the themes and values found in the biblical festivals of the month of Nissan and the contemporary festivals of Yom Ha’atzmaut and Yom Yerushalayim that are celebrated in the month of Iyar, and how they are connected.  Continuing this theme, we also take a look at two interesting events that have taken place in Israel over the last few weeks – Israel’s efforts to land a spacecraft on the moon, and the elections for the 21st Knesset.

Iyar is an exciting month in the Jewish calendar. It represents the transition from experiencing and commemorating ancient Jewish history from the biblical festival of Pesach in the previous month of Nisan, through a celebration of modern Jewish history through the contemporary Jewish festive days of Yom Ha’atzmaut (on the 5th Iyar – this year on the 9th of May) and Yom Yerushalayim (the 28th of Iyar – this year on the 2nd of June).

Jews have a deep connection to their history and the messages and themes contained therein, and have always maintained a realistic perspective on Jewish history, which has as many painful dips as jubilant peaks. Pesach focuses on slavery in Egypt as much as the spectacular Exodus narrative, and Yom HaShoah and Yom Hazikaron precede the modern celebrations of Israel’s independence and Jerusalem’s reunification. 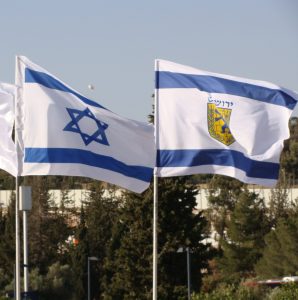 What all Jewish festivals have in common is that they pay testimony to the presence of God in history, or at least that Jewish history has meaning and purpose and is a journey to a destiny. Rabbi Lord Jonathan suggests this approach to history is classically Jewish, and has become part of the collective DNA of the Jewish people in part through the way we tell the Exodus narrative on Seder Night on Pesach each year. He explores the link between Passover and the contemporary story of Israel’s rebirth through modern Zionism and the State of Israel in an essay entitled Pesach and the Rebirth of Israel found in the Jonathan Sacks Haggada. The following quote articulates this clearly:

“What is it to see the presence of God in history? The question is exceptionally difficult to answer. Ancient societies were interested in the past. They, like we, wanted to know how we came to be here, why society was the way it was, and how the universe was formed. Yet none before ancient Israel saw the unfolding of events as intrinsically meaningful, a narrative of redemption. Indeed, virtually all later societies who came to share this vision did so under the influence of the Hebrew Bible. As the historian J. H. Plumb puts it: “The concept that within the history of mankind itself a process was at work which would mold his future, and lead man to situations totally different from his past, seems to have found its first expression amongst the Jews” (The Death of the Past). In and through their religious vision, “the past became more than a collection of tales, a projection of human experience, or a system of moral examples…. It became an intimate part of destiny, and an interpretation of the future.” Nothing illustrates this more profoundly than the way the story of the Exodus shaped the Jewish imagination, not only of successive generations of those who lived their lives by faith, but even of profoundly secular figures like [the early Zionist thinkers] Hess, Pinsker, and Herzl.” The Jonathan Sacks Haggada, p. 59

Jerusalem U Media Lab have created innovative, substantive, and sophisticated materials to get learners excited and engaged about Israel. The Israel Forever Foundation has developed various educational materials and content for teaching Israel, designed to strengthen and celebrate personal connections to Israel. And also see Yom Ha’atzmaut resources from the National Library of Israel.

As well as these, in the spirit of finding meaning in contemporary Jewish history, we are sharing educational resources on recent events in Israel that you may find useful. Firstly, Israel has just voted in national elections for the 21st Knesset, and while it can be a challenge to understand and find meaning in Israeli politics, the following resources may help you to navigate the vibrant and often hectic Israeli political landscape:

and the National Library of Israel history of Israeli elections through posters.

A story that has gripped Israel and no doubt beyond is Israel’s SpaceIL effort to land a spacecraft on the moon. It was a truly moving experience here in Israel, just one day after a typically divisive election (as they all seem to be in Israel), as the nation came together in anticipation of this monumental feat by our very small and proud country. This sentiment was typified by President Rivlin who opened his home to Israeli children who are passionate about science from all over Israel to watch this piece of Israeli history with him in the presidential residence in Jerusalem.

Sadly, the fairytale ending was not to be, and through technical difficulties the spacecraft crashed as it touched the surface of the moon. However, our pride in Israel and its achievements intensified as the failure was placed in perspective in the media and by Israel’s leadership. This was summed up by the following quote from a journalist present in the control room:

“When it became clear that we would not land on the moon, the grown man sitting next to me, an IAI systems engineer, sat very still, his eyes glistening. I cried freely. In that 14-minute-long lunar landing sequence, our nation’s history was summed up. We laugh and we cheer and we cry. We triumph and we crash. But God knows, we’ll never stop trying.”

Educational resources on Israel’s SpaceIL effort to land a spacecraft on the moon can be found here and here.

Finally in preparation for the festival of Shavuot (which falls early in the coming month of Sivan) see resources on the Yesod website here and here. 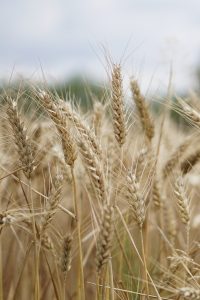 “The heart, the success and growth of Jewish culture has often involved critical thinking. Critical thinking is traditionally a core element of training in the orthodox world, where two people in a Yeshiva would study together and critique the Torah. Through that process, they learn and become wiser.” This is the tradition that Michael Rubenfeld drew from when he established FestivALT, an arts collective that produces an annual program of radical Jewish art initiatives in Kraków, Poland. FestivALT is an alternative Jewish festival that combines theatre, visual art, activist intervention, site-specific performance, and community conversation. It happens at the same time as the popular Jewish Culture Festival and over the past two years has attracted 1,200 participants.

Michael uses arts and culture to attract diverse voices to discuss Jewish identity and history in public spaces. He and his team of friends and volunteers have built an active festival that questions and debates core issues that are not discussed in other parts of the Polish Jewish community. To read the full article click here.
To find more about FestivALT go here.