Chanukah as a Lesson in Adaptive Leadership

If it’s Rosh Chodesh Kislev, it must mean that we are almost there. The Jewish festival of light – Chanukah – which falls on the 25th Kislev (this year the evening of the 22nd of December) is almost upon us!

The festival of Chanukah is not quite like all other Jewish festivals. It is the least developed Jewish festival, both in terms of ritual and liturgy, and this is probably due to some ambivalence on the part of the rabbis towards the events surrounding the origins of Chanukah.

This ambivalence can be explained by a number of factors. While the unlikely Hasmonean military victory was stunning, and arguably miraculous in nature, it was inconclusive, and overturned in the years that followed. While the political victory reinstated Jewish sovereignty and control of national institutions such as the Temple, the political aftermath was a period of continued tension and conflict within the nation. When the Hasmoneans took the monarchy upon themselves in addition to the priesthood, uniting two branches of leadership that were meant to be kept separate, the rabbinic community was deeply disapproving. Finally, the social victory of the opponents of Hellenization over those Jews who wished to assimilate into the Greek Hellenistic society of the time was short lived, as the struggle between the various factions fighting over the soul of Jewish society continued in the following generations. 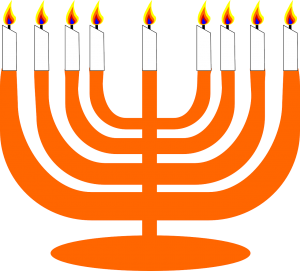 According to Rabbi Irving Greenberg, “the ultimate gift the Maccabees have given later generations may well be the holiday of Chanukah itself”.[1] But lacking in recognized form, theme, and practice, as compared to other holidays, he describes the festival as “a type of holy day Rorschach test.” By this, he means that every generation remade the meaning of the festival in its own image. The Talmudic generation of rabbinic leadership, dealing with the challenge of  Jewish survival in a post-sovereignty reality, focused on the purification of the temple and the miracle of the oil that burned for eight days. Similarly, medieval Jewry emphasized the divine miraculous aspects of Chanukah, projecting their own sense of helplessness and yearning for messianic deliverance.

Modern Zionists reflected in the festival their own agenda: the military power and political achievement of the Maccabean revolt. For modern liberal Jews, Chanukah became the festival of the religious freedom and tolerance which they were looking for in the modern world.

These generational shifts in focus show a creative and adaptive leadership style. Chanukah is the festival of adaptive leadership. Adaptive Leadership is a practical leadership model developed at the Harvard Kennedy School of government by Ronald Heifetz, Marty Linsky and their colleagues. The theory suggests that leadership and authority are two separate concepts. True leadership is about behavior rather than authority, what we do to create change (and this can happen with or without authority). Leaders look to identify adaptive challenges, challenges for which there is no ready-made technical answer, which cannot be solved by an expert and must be solved by the stakeholders who are experiencing the challenge themselves.

As the festival of adaptive leadership, Chanukah gave each generation the opportunity to address the challenges it faced. The spiritual leadership of each generation found new meaning to match the needs of that generation. The question is, what meaning does Chanukah have for our generation?

We have Chanukah resources from these organisations:
Pardes – Elmad, Sefaria, The National Library of Israel, Reform Judaism.org, Chabad, The Jewish Federation of Greater Washington, The Lookstein Center for Jewish Education.
We hope you find them useful for Chanukah programming!

Also check out our previous Chanukah related Resource of the Month here.

For those interested in reading more about Adaptive Leadership: