The People of the Book, the Book of the People

The month of Sivan is here, and with it the celebration of the giving of the Torah on Mount Sinai, the biblical festival of Shavuot (6/7 Sivan, this year 9/10 June).

For millennia, the Jews have been known as “The People of the Book”. This way to refer to the Jews is found in the Koran, and perhaps originates in even earlier times. For Jews, literacy and education has always been a core value. H. G. Wells noted in his Outline of History that “The Jewish religion, because it was a literature-sustained religion, led to the first efforts to provide elementary education for all children in the community.” Universal compulsory education did not exist in England until 1870; it existed in Israel eighteen centuries earlier.

In an age when most of Europe was illiterate, a twelfth century Christian monk wrote “The Jews, out of their zeal for God and their love of the Law, put as many sons as they have, to letters (to study), that each may understand God’s Law… A Jew, however poor, if he had ten sons, would put them all to letters, not for gain, as the Christians do, but for the understanding of God’s Law; and not only his sons but his daughters.” (B. Smalley, The Study of the Bible in the Middle Ages, p. 78)

These quotes from people outside of the Jewish people reflect just how obvious the Jewish commitment to education is. Of course, this is also a theme in Jewish literature and is explored by Jewish thinkers throughout the generations. Here is an example, from Maimonides’ legal code, the Mishna Torah:

While there are necessary hierarchies when it comes to political and spiritual leadership, access to Torah is unlimited, guaranteeing the democratization of Jewish knowledge. 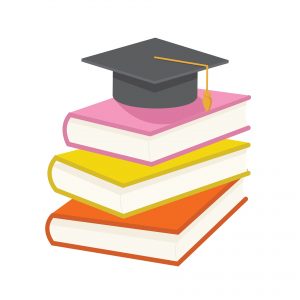 Fun Fact: Israel is the third most educated country in the world, according to 2019 data compiled by the Organization for Economic Cooperation and Development (OECD), behind only Canada and Japan.

One of the ways a continual and regulated commitment to Jewish literacy has been achieved over the generations is through the weekly study of the Torah portion (Parshat HaShavua). The sages ensured that every Jewish community was reading the same section of the Torah each Shabbat, and this continues to this day. Perhaps even more critical is the custom to learn the parsha during the week preceding the communal Shabbat reading in preparation.

In addition to the Shavuot resources in last month’s newsletter, and on the Yesod website here, see the the Shavuot Resource Pack from the National Library of Israel.

“Our Second Home” is the story of an idea that eventually found its way into reality, an initiative based on Jewish values and inspired by Jewish summer camp experiences, and led by passionate ex-madrichim who were determined to make a difference. Amos Schonfield founded and leads “Our Second Home”, a UK-based residential summer camp for teen refugees that aims to apply the lessons he learnt from summers in the Masorti youth movement to a totally different, and very needy, population. As Amos says, “I am taking something that feels very Jewish and bringing it to the refugee community. I am taking a model that has inspired and changed the life of hundreds of thousands of Jews in the UK and I show that we can take it and put a different soul into it and create something new.” To read the full article click here. To find more about Our Second Home click here. 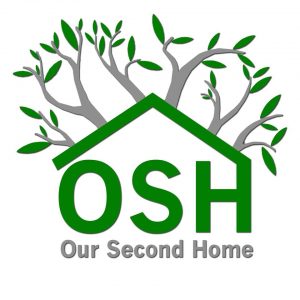