Finding Models for Resilience in Jewish History: Yavneh, Option B, and Camp This Summer

Chodesh Tammuz Tov!
Rosh Chodesh Tammuz reminds us we are on the brink of summer, but we find ourselves in a world that looks vastly different from previous summers. We recognise in particular Jewish camping community, our friends and colleagues who were planning to be at camp this summer, and now find themselves frantically planning the logistics of sleepaway camp in this new reality, or the transition from sleepaway to day camp or online camp, or who have had to cancel camp and are now dealing with deeply disappointed campers and parents. 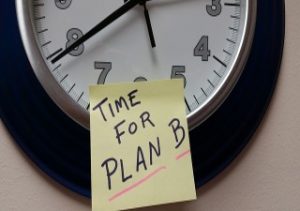 Sheryl Sandberg, Chief Operating Officer of Facebook, celebrated author, and philanthropist lost her husband, Dave Goldberg, in a tragic accident, at the age of 47. They had two young children. She felt certain then she and her children would never feel pure joy again. Together with her close friend and psychologist Adam Grant, she wrote a number-one bestseller book Option B: Facing Adversity, Building Resilience, and Finding Joy. The premise of the book is that there are concrete steps people can take to recover and rebound from life-shattering experiences. We are not born with a fixed amount of resilience. It is a muscle that everyone can build.

Just a few weeks after losing her husband she was faced with dealing with a father-child activity for one of her children. Together with a good friend they came up with a plan for someone to fill in for her late husband. But then she broke down, crying “but I want Dave.” Her friend put his arm around her and said, “Option A is not available. So let’s just kick the shit out of Option B.”

Jewish history is a litany of Option Bs. The Jewish people are a model of resilience, pivoting as they stubbornly refused to be broken under generations of persecution and tragedy. While this began almost at the very beginning in the biblical narrative, a critical junction, based on an act of inspired leadership by Rabbi Yochanan ben Zakkai, can be found in the Talmudic era (see Talmud Bavli, Gittin, 56a-b).

For three years Jerusalem was besieged by the Roman army, led by General (soon to be Caesar) Vespasian. During this time civil war raged within the walls of Jerusalem between the zealots who refused to compromise, and those who sought to find a peaceful compromise with the Romans, led by the Sages. Rabbi Yochanan had to fake his own death to leave the city (the Zealots refused permission for anyone to leave for fear they would betray them and negotiate with Vespasian) to have an audience with Vespasian. Vespasian was so impressed with Rabbi Yochanan’s leadership he granted him any wish. Rabbi Yochanan asked Vespasian to save the academy at Yavneh and its Sages so Judaism could continue, even if Jerusalem and its Temple was destroyed.

Rabbi Yochanan understood that Jerusalem and the Temple could not be saved. He re-envisioned a de-centralized post-temple Judaism that could survive the destruction and ensuing exile. By establishing a rabbinic academy in Yavneh he shifted Judaism’s focus from a centralized Temple service, to a Judaism that now related to God through learning Torah, connecting to God through prayer, and through focusing on good deeds as a way to serve God and fellow human beings. It is no exaggeration to say this was the greatest pivot of Jewish history, and one that achieved Jewish survival for the next eighteen centuries, until the modern period.

As we enter the month of Tammuz (where we remember the siege and destruction of Jerusalem), we know the Jewish camping community will do what they need to do this summer in order to fight another day, give as many children a camp experience of some kind, and come back stronger than ever next summer. That is something we can all look forward to as we navigate summer this year.