Lessons for the Everyday from Rosh Hashana and Yom Kippur 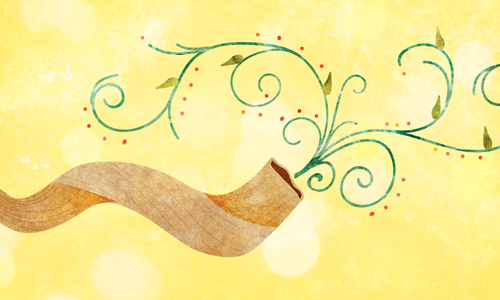 As we enter the month of Elul, we invite you to join a series of individual online Torah study sessions to invigorate your working day with themes from the Days of Awe (yamim nora’im). Each session will take a theme from Rosh Hashanah and Yom Kippur and apply it to our professional and personal lives.

The sessions will be interactive, involving chavruta study and group discussion, and no prior knowledge or background Torah study will be necessary. Yesod’s Director of Educational Programming, Dr. Daniel Rose, together with a series of guest educators will provide different voices and approaches to the themes explored.

A careful comparison of 9 Av and Sukkot teaches us about resilience, joy and hope. And gives a new way of looking at Rosh Hashana and Yom Kippur.

Why do we blow the Shofar? The most common explanation is that the shofar reminds us of the extreme submission to God that Avraham showed when he accepted God’s demand to sacrifice his son Isaac. However, the liturgy of Rosh Hashana seems to present another way of standing before God, with our feelings, our humanity and our spontaneity. We will consider tears, women, enemies and another way of considering the divine.

3) Of shepherds and sheep: Leadership and followship in the month of Tishrei

Judaism is full of shepherds – the avot (patriarchs) and imahot (matriarchs) were well versed in the art of shepherding. Even King David’s royal career is launched from the sheepfolds. Yet when it comes to Rosh Hashana and Yom Kippur, the sheep imagery becomes very different. Come and learn about the leadership of the shepherd and the leadership of the sheep. Don’t be sheepish – ewe wool love it!

One of the many names ascribed to Rosh Hashana is “Yom Harat Olam,” often translated as “the birthday of the world.” In early rabbinic times (2nd century) there were several options considered for the start of the Jewish calendar, and it is this universal occasion – the anniversary of the world’s creation – that became Rosh Hashana, the beginning of our calendar. What does “Yom Harat Olam” teach us about Rosh Hashana and how we should aspire to commence our year? Through considering the Torah readings for Rosh Hashana, traditional rabbinic, and modern texts, we will explore images and stories about the world’s birthday. 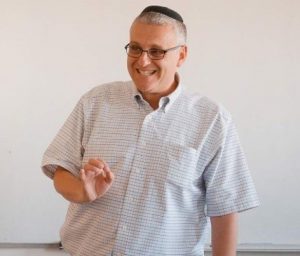 “Judaism is a technology that makes the world better,” says Rabbi David Levin-Kruss, Jewish Education Director for JDC-Europe, which supports European Jews in finding their Jewish voice. David loves text-life interplay. Prior to JDC, DLK taught at Pardes, directed the overseas department at Melitz, and was community director of Stanmore Synagogue. David has a BA from Hebrew University in Jewish Philosophy and English and served in the IDF Spokesman’s Unit. 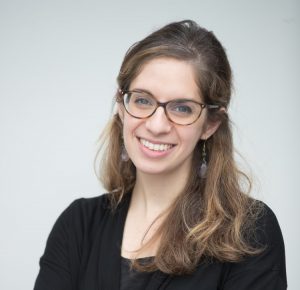 A Director of Programmes at Lead, developing leaders for the Jewish community. Before that she took a grown up gap year at the Pardes Institute of Jewish Studies in Jerusalem. Miriam previously worked for Cambridge University’s Inter-faith Programme and read Theology at Cambridge. She is co-founder of Kehillat Nashira, the Borehamwood Partnership Minyan. Miriam taught at Limmud UK for nearly ten consecutive years, is trained to prepare brides and grooms for Jewish marriage, and loves learning Jewish texts with children and adults. She is a graduate of the Susi Bradfield Fellowship and the Adam Science Leadership Programme. Miriam lives in Borehamwood with her husband Harris and their two little boys. 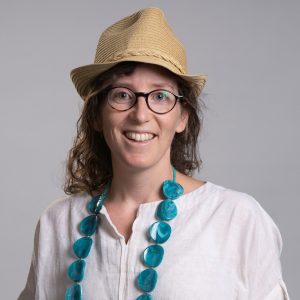 Lives in Jerusalem but grew up in Strasbourg, France. She holds a MA in History and works as a Tour Guide for more than a decade. She studied at Midreshet Lindenbaum, Beit Morasha and at the Pardes Institute and was ordained Rabbi by her teacher and master Rabbi Daniel Landes. She founded and runs Ta Shma, a pluralistic Beit Midrash for French speakers, where she also teaches Talmud. She believes in Halacha that is committed to people and to the world, and that manage to hold difference, diversity and multidimensionality 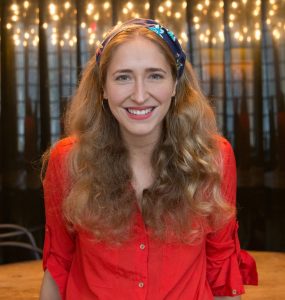 A fourth year rabbinical student at the Jewish Theological Seminary in New York, where she is a Wexner Graduate Fellow. She is the rabbinical intern at Park Avenue Synagogue. In the past couple years she has worked as a Jewish education consultant for BBYO, and was a rabbinic fellow through Hillel’s Office of Innovation, doing millennial outreach on the Upper West Side of Manhattan. She leads Shabbat services with the elderly, and completed her unit of chaplaincy training working with Holocaust survivors in New York. Viki graduated summa cum laude from Brandeis University with a B.A. in Near Eastern and Judaic Studies, as well as International and Global Studies. Prior to attending college, she spent two years at the Conservative Yeshiva in Jerusalem, where she first fell in love with rabbinic texts. Though born in Gothenburg, Sweden, Viki grew up in Budapest, Hungary, where her family lives until today. Viki visits Budapest often and contributes to the Hungarian Jewish community in a variety of ways – this year she was published as one of the commentators on a new Hungarian translation of Pirkei Avot, Ethics of the Fathers. In her free time she enjoys running, going to the theatre (no musicals!), and coming up with creative menus to prepare for Shabbat meals. ^ Back to top

^ Back to top
This website uses information gathering tools including cookies, and other similar technology. By using this website, you consent to the use of these tools. If you do not consent, please do not use this website.
For more information, please read our privacy policy.Ok