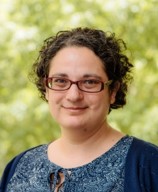 Dani previously led Limmud International, supporting and advising Limmud volunteer leaders and teams in Europe as well as worldwide to deliver diverse cross-communal Jewish learning events to over 80 Limmud communities in more than 40 countries. She was responsible for delivering regional and international development and connection programmes. Her background is in project management, social research into community conflict, and she was a madricha in a pluralist youth movement. Dani has a BA in Modern History and Political Science and an MA in Mediterranean Studies. She lives in London. 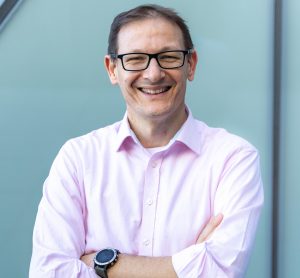 Daniel Rose is a British-born educator with a background in informal and formal Jewish education in the UK, the US, and Israel. He has taught in Jewish day schools in the UK and the US, as well as gap-year programs in Israel, and also has an experience in online learning platforms in Jewish education. He has extensive experience in content and curriculum development, working with educational institutions across the world. As Director of Educational Projects for Koren Publishers, Daniel was series editor and core contributor to the Koren Magerman Educational Siddurim series, a series of educational siddurim used by schools and synagogues around the world. More recently Daniel worked as an educational consultant for various educational agencies, including the Lookstein Center, Bar Ilan University, PaJes (UK), the United Synagogue (UK), Koren Publishers and the Office of Rabbi Sacks, where he has developed educational resources based on the thought of Rabbi Lord Jonathan Sacks such as the Ten Paths curriculum and the Family Edition of the weekly Covenant & Conversation.

Daniel has a BA from the London School of Jewish Studies in Jewish Studies, a Master’s in Religious Education from University College London’s Institute of Education, and received a Ph.D. from the Melton Center, Hebrew University, in Education. He also studied for two years in Yeshivat HaMivtar in Israel. Daniel lives in Modiin.

Colin was born in London and started his career in the UK as a youth and community worker and informal educator in a variety of roles including running a youth club, working with an information and advice project and supporting a Zionist youth movement. In 1992, Colin made Aliyah to Jerusalem and continued his work with Zionist youth movements, including running a year-long leadership program for young madrichim on their gap year, later serving as the director of the Machon L’Madrichim program. Returning to the UK for specific roles since 1992, Colin ran a leadership institute for the British Jewish community, oversaw educational initiatives as a shaliach, and was the first program director of JW3, London’s new JCC. In the last two years he has been working as the Director of JDC Hungary, setting up a new foundation there and having overall responsibility for the well-known Szarvas camp experience.

Colin has an MA in The management of Youth and Community Work and Applied Anthropology’ and is a graduate of the Jerusalem Fellows Programme at the Mandel School of Educational Leadership. In this role at Yesod, Colin works with Jewish community professionals and educators to identify their growth and development goals and supports them in making plans to reach them. Colin also manages Yesod’s Professional Development Fund.

Tal is originally from Haifa and holds a BA in Economics and Asian Studies from Hebrew University, Jerusalem. She has worked in retail banking and also at the students registration and accounting departments at Hebrew University. Tal also volunteered in Jerusalem and assisted in organizing charity events in Haifa. She lives in London.
This website uses information gathering tools including cookies, and other similar technology. By using this website, you consent to the use of these tools. If you do not consent, please do not use this website.
For more information, please read our privacy policy.Ok