Dialing up your summer 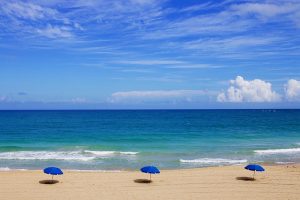 While for some of us the summer is a slower, more relaxing time professionally, for those involved in summer programming such as camp it is the busiest time of the year! Either way it is a perfect opportunity to take stock of the deeper meaning behind the work we do.

As Jewish community professionals and educators, we are vital cogs in the machine that is the Jewish people, strands in the tapestry of Jewish history and Jewish destiny. We place ourselves in the arena of the Jewish world every day, fighting (metaphorically!) for Jewish engagement and meaningful community life. We refuse to stand and watch from the stands. This famous quote by President Theodore Roosevelt could have been written for us: 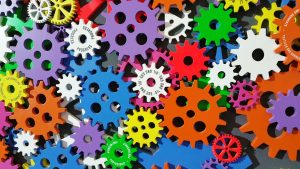 “It is not the critic who counts; not the man who points out how the strong man stumbles, or where the doer of deeds could have done them better. The credit belongs to the man who is actually in the arena, whose face is marred by dust and sweat and blood; who strives valiantly; who errs, who comes short again and again, because there is no effort without error and shortcoming; but who does actually strive to do the deeds; who knows great enthusiasms, the great devotions; who spends himself in a worthy cause; who at the best knows in the end the triumph of high achievement, and who at the worst, if he fails, at least fails while daring greatly, so that his place shall never be with those cold and timid souls who neither know victory nor defeat.”[/two_third]

And what is this enterprise we call being Jewish, that we have dedicated our lives to helping others achieve while equally striving ourselves, to match up to this destiny? Rabbi Lord Jonathan Sacks in his book Radical Then, Radical Now expresses this in his own deeply personal way. Here is a small extract from a longer quote:

“ I am a Jew not because I believe that Judaism contains all there is of the human story; I admire other traditions and their contributions to the world. Nor am I a Jew because of anti-Semitism or anti-Zionism. What happens to me does not define who I am; ours is a people of faith, not fate. Nor is it because I think that Jews are better than others, more intelligent, creative, generous or successful. It’s not Jews who are different, but Judaism. It’s not so much what we are but what we are called on to be.

I am a Jew because, being a child of my people, I have heard the call to add my chapter to its unfinished story. I am a stage on its journey, a connecting link between the generations. The dreams and hopes of my ancestors live on in me, and I am the guardian of their trust, now and for the future.

I am a Jew because our ancestors were the first to see that the world is driven by a moral purpose, that reality is not a ceaseless war of the elements, to be worshipped as gods, nor history a battle in which might is right and power is to be appeased. The Judaic tradition shaped the moral civilization of the West, teaching for the first time that human life is sacred, that the individual may never be sacrificed for the mass, and that rich and poor, great and small, are all equal before God.” (The full quote can also be seen in animated form here)

Hopefully these quotes can be triggers for some deeper thinking over the summer months to help us take stock, recharge, and reorient ourselves around the deeper meaning behind the work we do.

For those who want more extensive reading to inspire and engage, take a look at the Yesod Summer Reading List here with books on: Judaism and Jewish Thought, Leadership and General thought and Jewish Fiction.

For more great ideas and resources visit our Resources of the Month Archive.

Wishing you all a safe, relaxing, and meaningful summer!
The Yesod Team 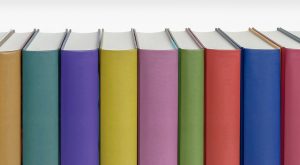